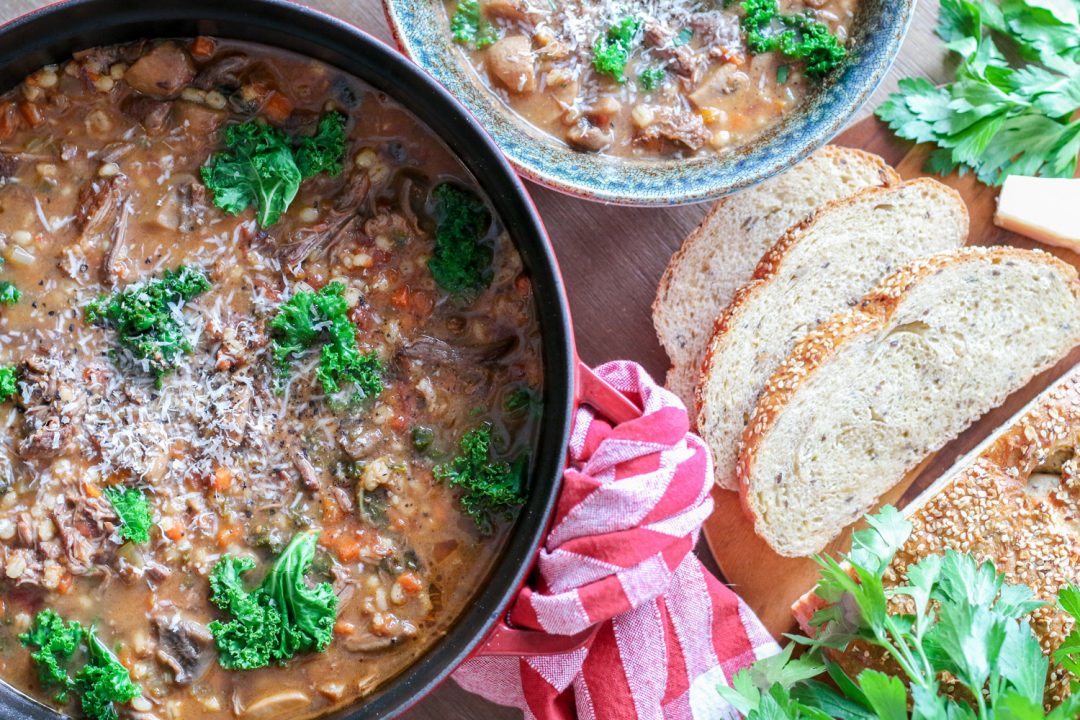 I was honestly not sure if I should call this recipe a soup or a stew because it’s not as thick as a stew… it’s not as thin as a soup… it’s kind of in between. I know some people would call it a stoup, but I wasn’t sure if that was just a made-up cooking term, so I settled on “soup” because my intentions were to make a beef and barley soup… but terms aside, this recipe is filled with lots of beefy yummyness! It also makes quite a bit, so make sure you have a large pot peeps! We meal prepped this on the weekend and this lasted the two of us all week and we never got sick of it!

This recipe came after we had beef and barley soup at Kev’s parent’s house, ever since then that’s all we have been thinking about. So we had to make our own! I bought a bunch of small packages of simmering short ribs while at the store thinking that it wouldn’t be enough… It wasn’t until I started to brown the meat did I realize that perhaps I did buy too much meat to fit into the pot, but you know what, in the end it worked out p-e-r-f-e-c-t-l-y. Oh this beef barley soup is soooooo meaty and soooooo good.

The secret to flavouring this soup is Better than Bouillon Beef Base. It’s honestly the bomb diggity when it comes to bouillon brands. I’ve never been a fan of boxed beef stock or powdered/cubed bouillon, IMHO they are so flavourless. The paste is where it’s at! I didn’t need for any extra salt in the soup as this broth combined with the beefyness of the short ribs was just the right amount. 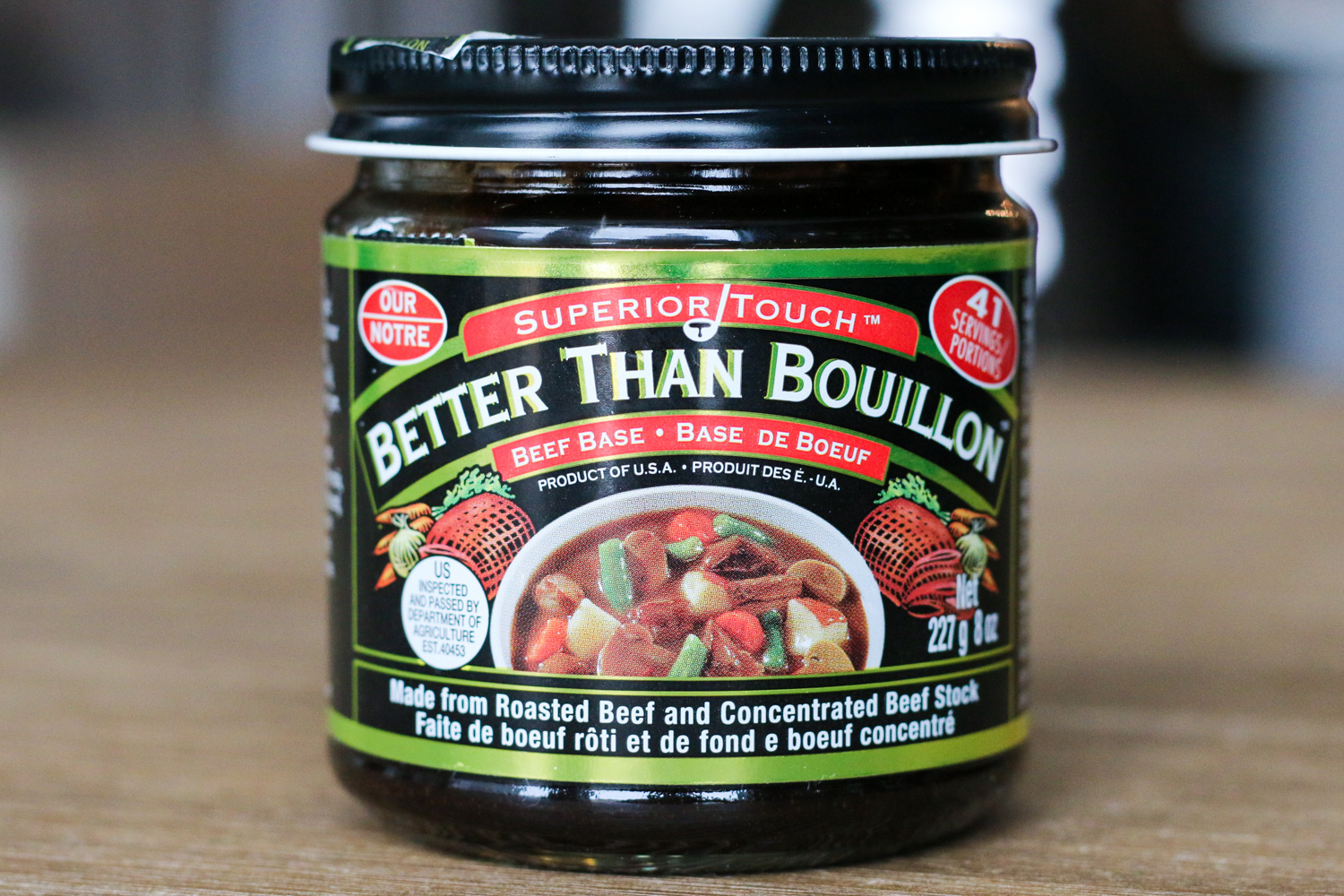 Once you have your beef broth made, you need to brown your meat in hot oil. You’ll know the oil is ready when you just begin to see whispers of faint smoke rising. Then sear, sear, sear away. Look at those juicy chunks of meat. It almost looks good enough to eat right now! Be patient little grasshopper, there’s another 3 hours to go! 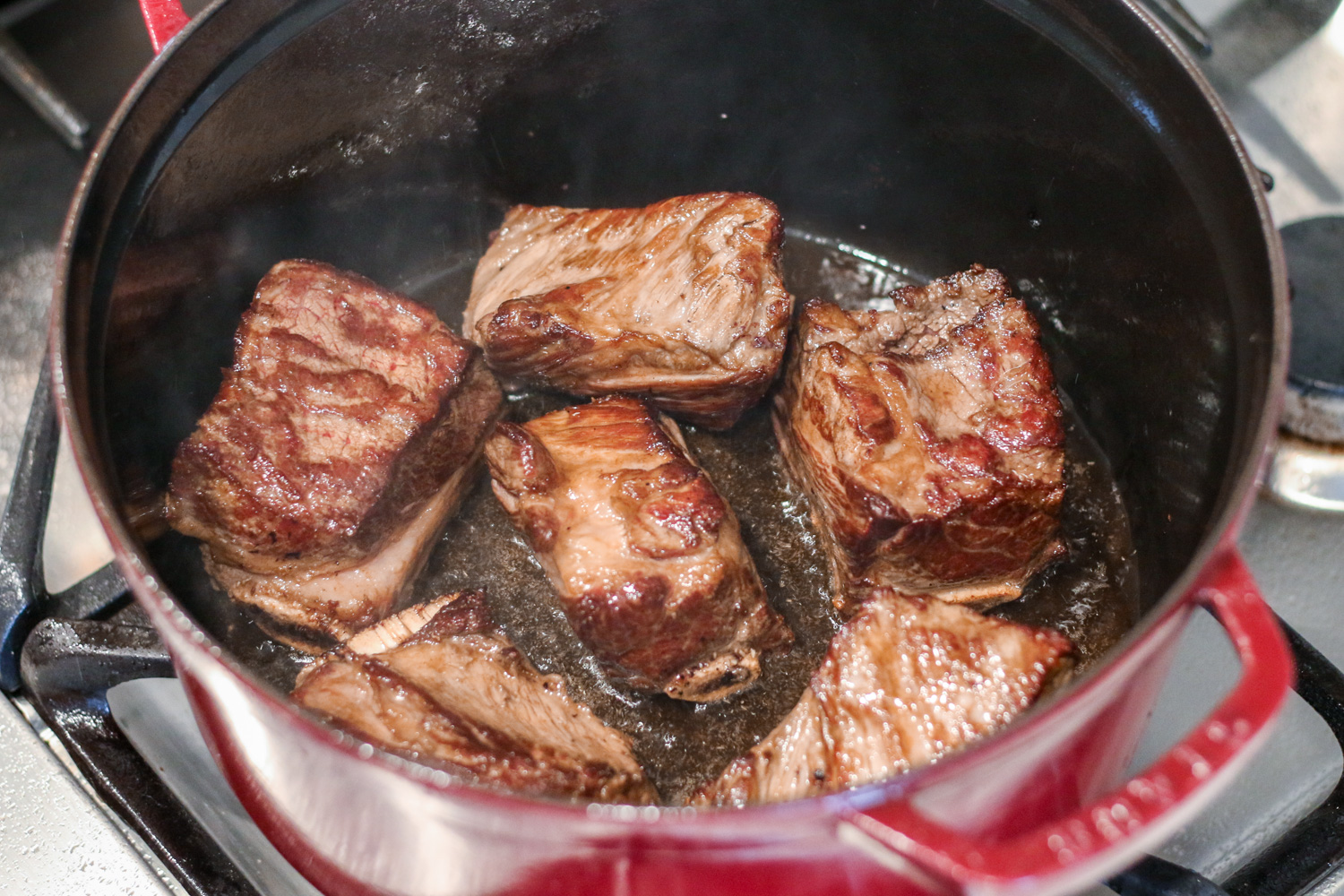 Let those browned short ribs rest on a platter and glisten away while you cook the less appealing vegetables. 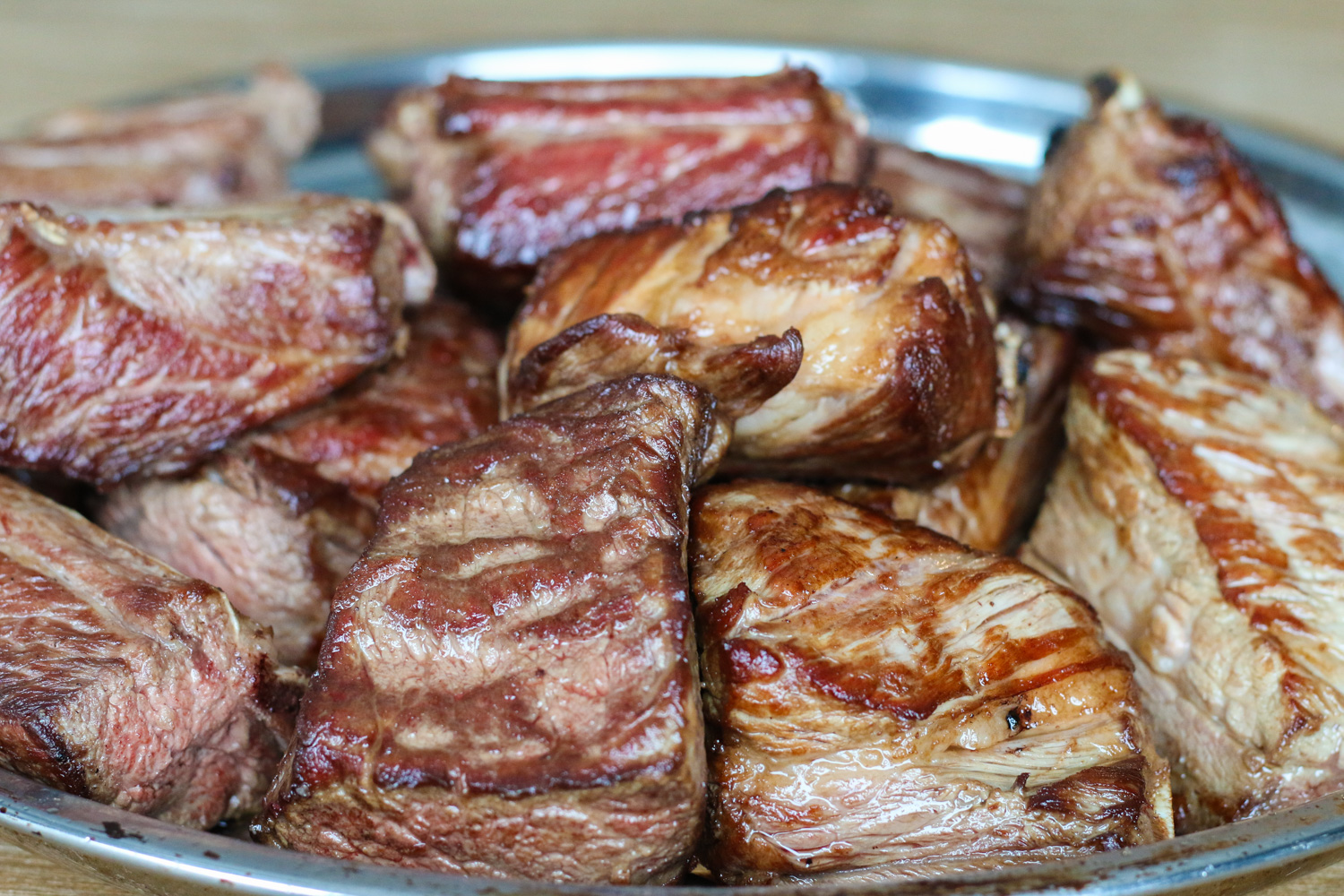 Yes, folks. This picture is not as pretty as the previous two, but look at how cute those little dices are. You’ll want to cook the veggies until soften and deglaze with a couple glugs of wine… and well you know, you should take a couple glugs yourself. I ain’t judgin’. 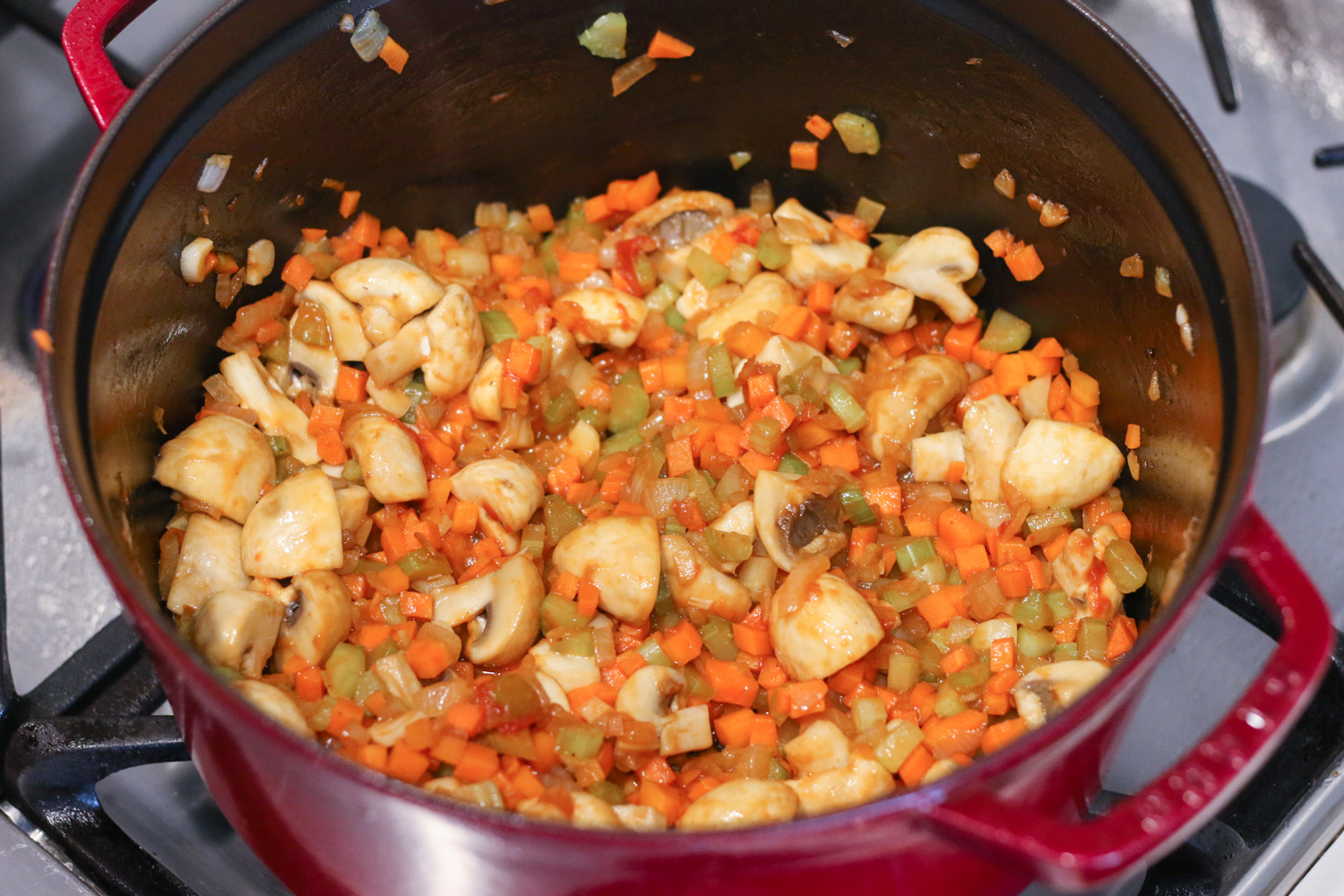 Next, add those beautiful pieces of browned meat back into the pot, along with some tomatoes, broth, and bay leaves. Then simmer, simmer, simmer for a very long time. Have some wine while you wait until you need to add the barley into the pot. 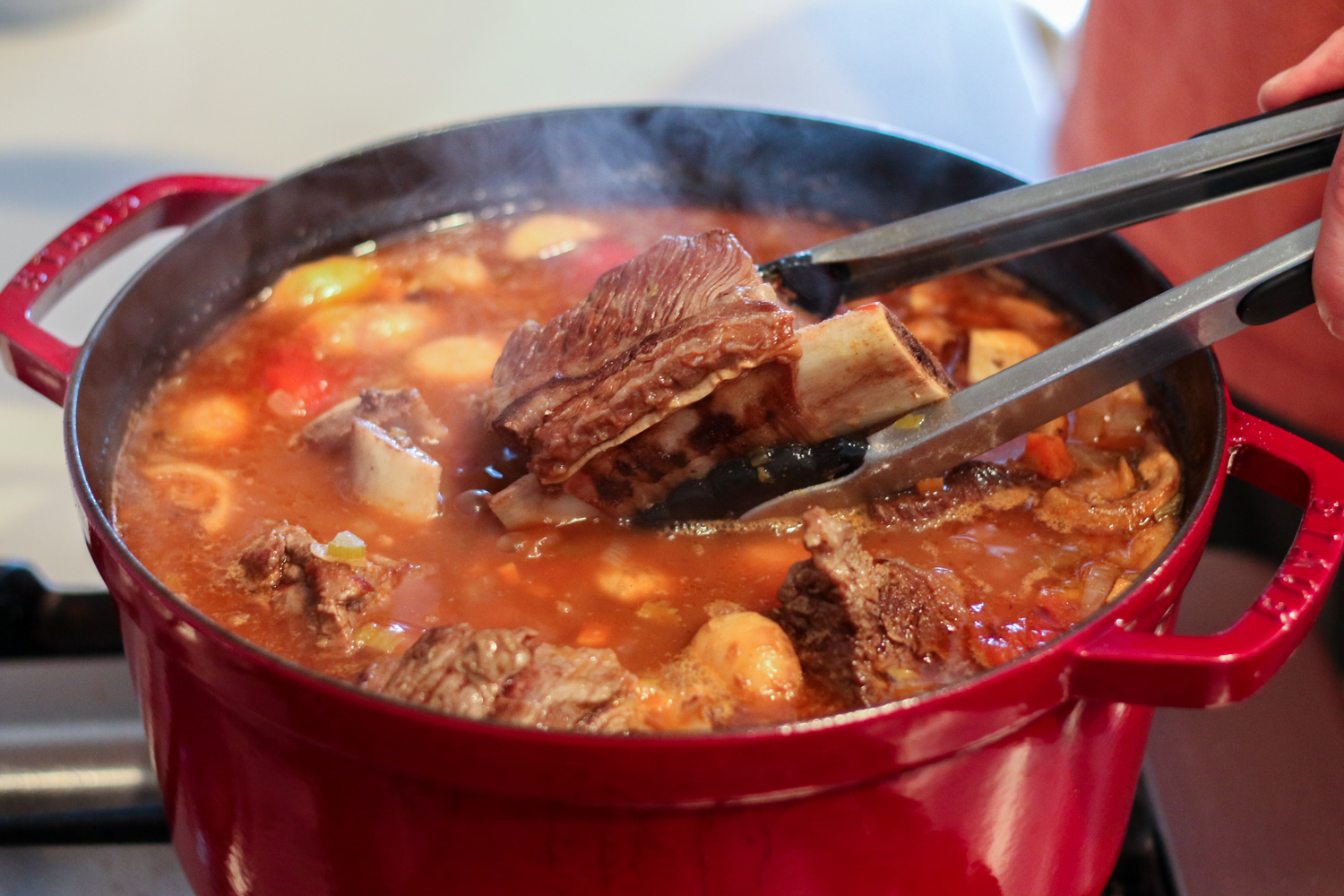 When it’s time, shred away at the fall-off-the-bone tender beef short ribs. Then put it back into the pot of course… along with the kale – we can’t forget about the greens!!! 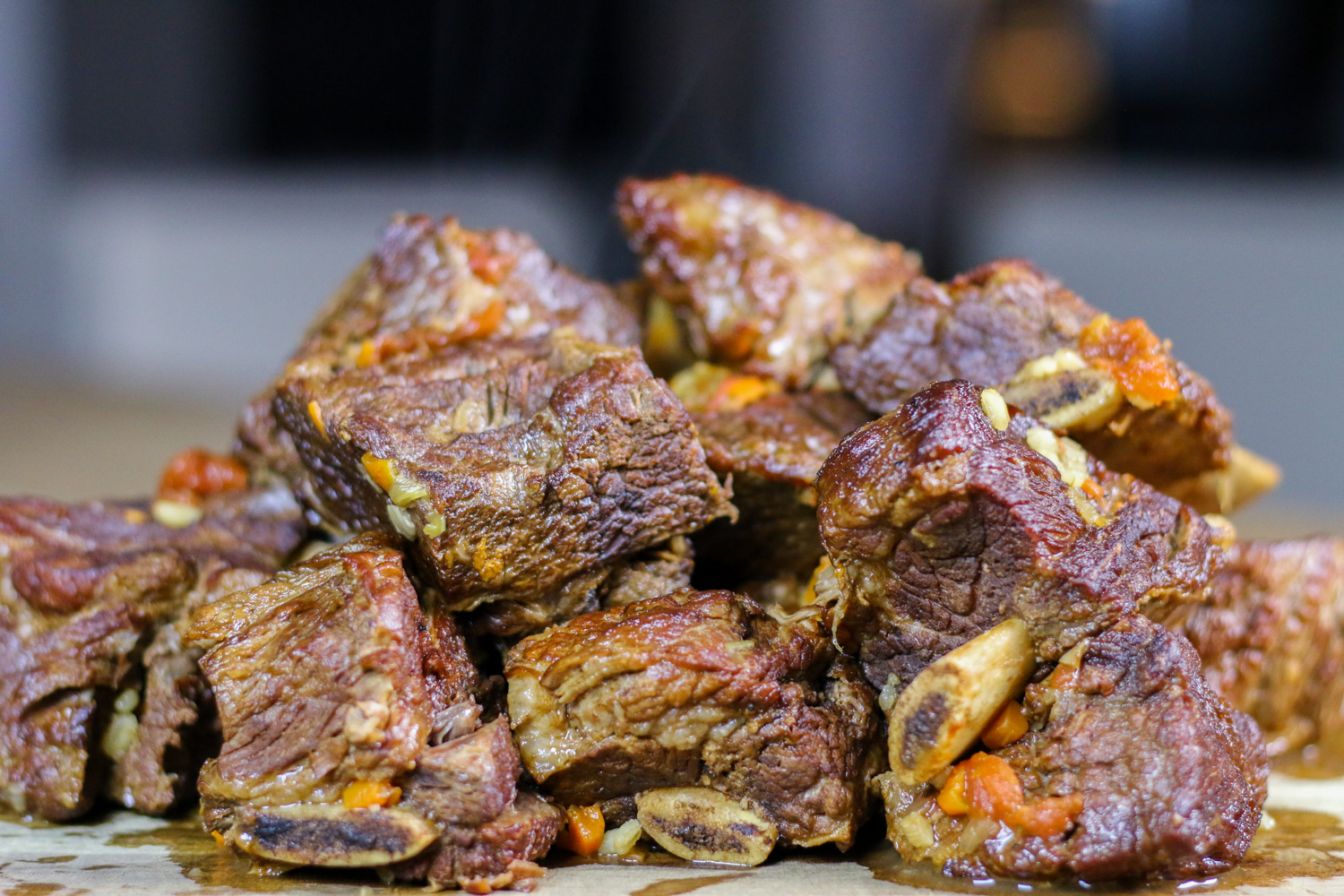 Then wait for it… BAM! BEEF & BARLEY SOUP! 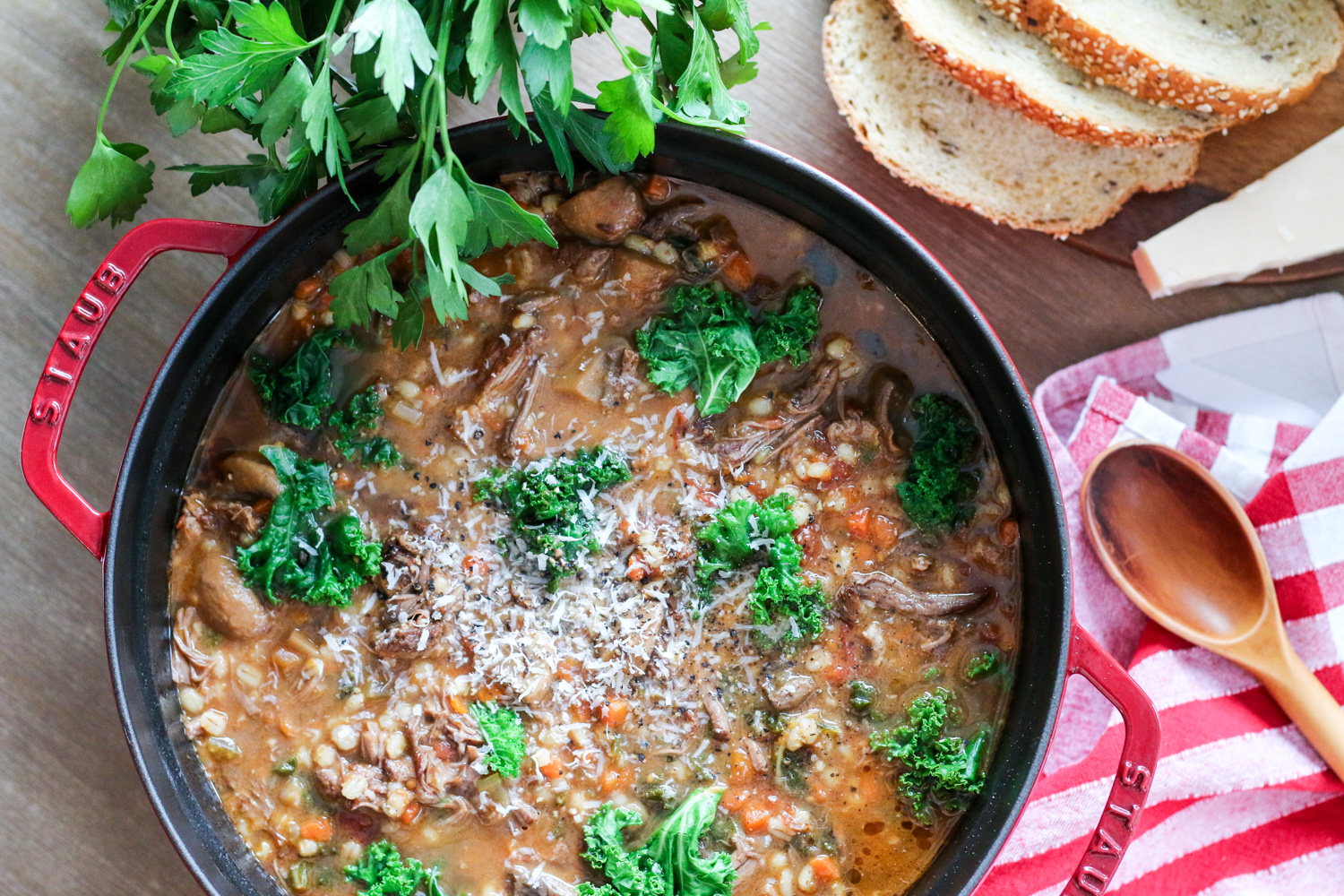 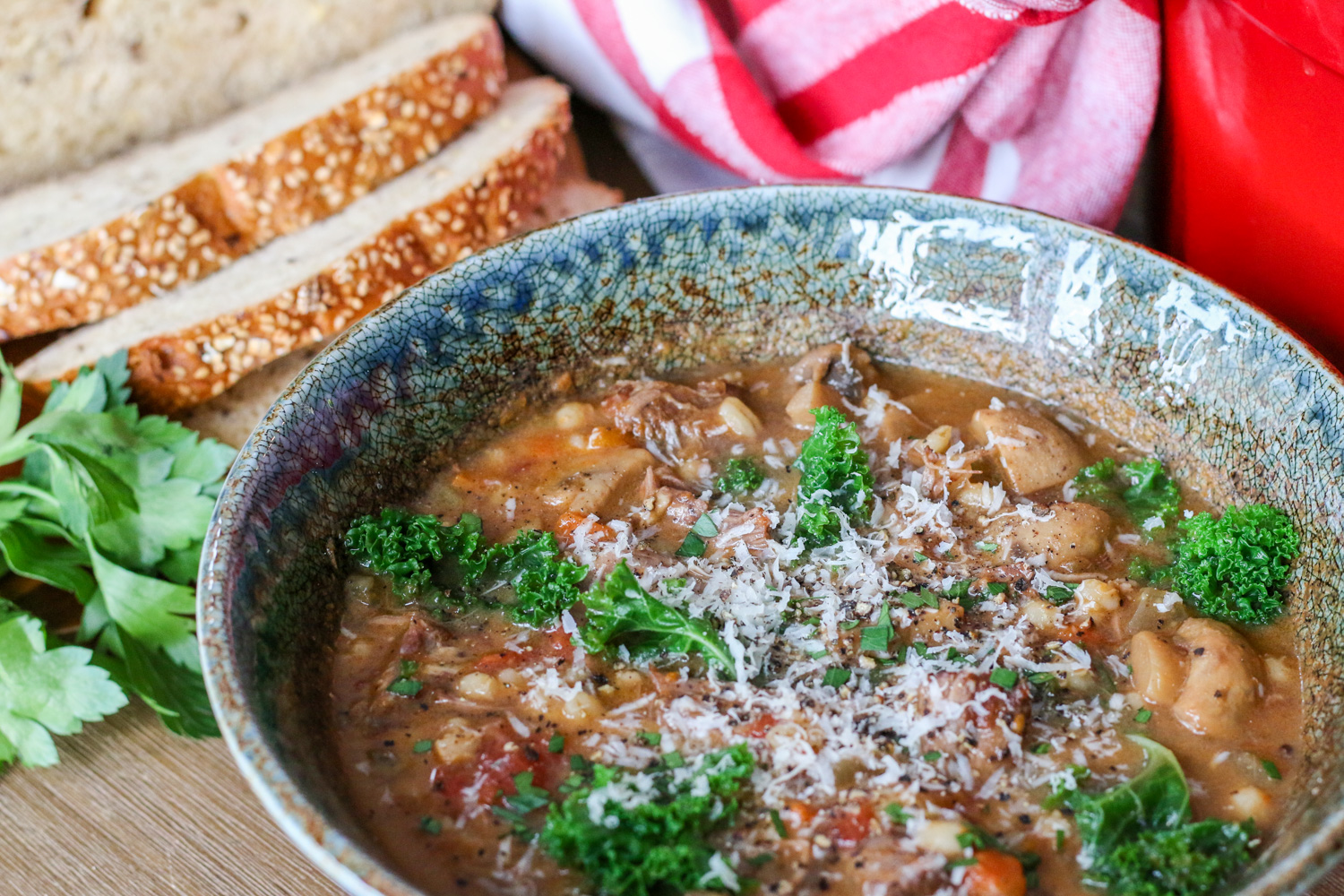 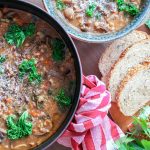 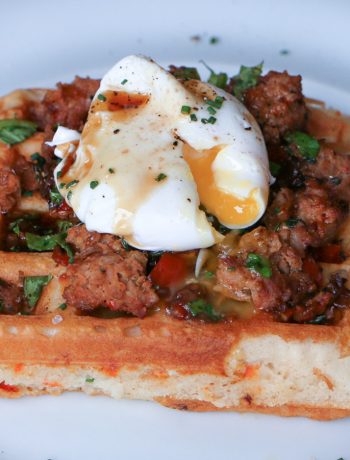 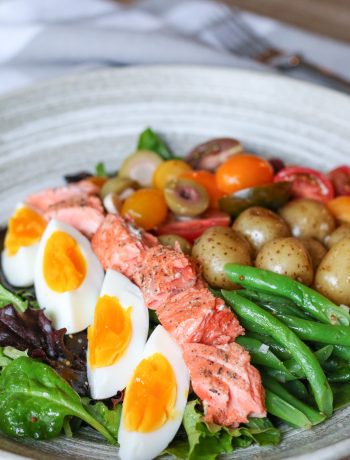 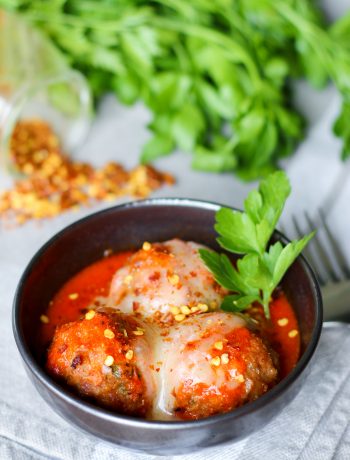